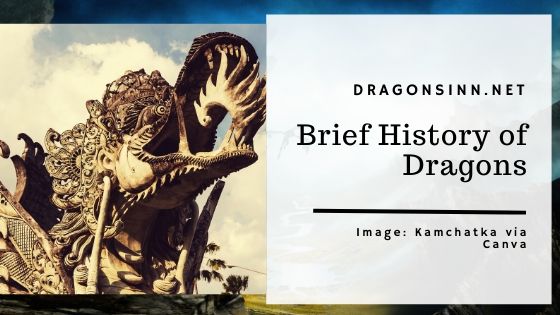 A very brief history of dragons. Transferred from the old website.

Thanks to Sam Payton for suggesting this page’s construction many years ago.

The Universal Concept in Ancient Cultures

The dragons of legend are much like the great reptiles (dinosaurs), which inhabited the earth long before man is supposed to have appeared on earth. 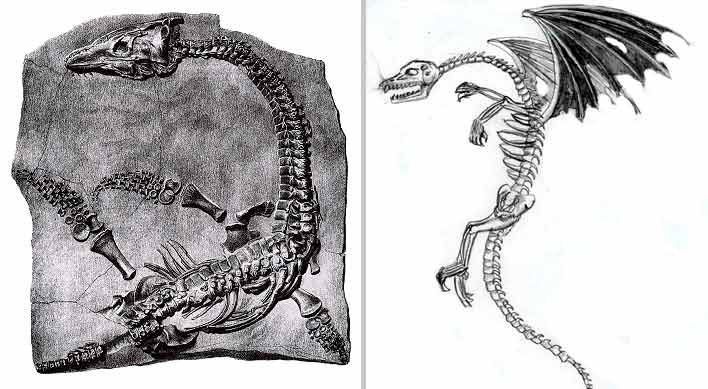 Paleontology (the earth science that studies fossils) is relatively new. The concept of dinosaurs (giant lizards) only surfaced in its present form about 200 years ago. Before that, anyone who found a large fossilized bone assumed it came from an elephant, dragon or giant. “Science” was not attached to these finds.

In 1842, the English scientist Richard Owens suggested that the group of “newly discovered” animals be called “dinosaurs,” which he defined as “fearfully-great lizards.”

Dragon Brief History: An Overview of the Evidence

Where do the accounts of dragon history originate from? One can start with the Bible, the most widely published book in history. The word “dragon” in the Bible is used throughout the Old Testament, and most directly translates as “sea or land monsters.”

Dragon accounts from China, Europe, the Middle East, and ancient Latin America share similar accounts of dragons. Some cultures revered these creatures. In other cultures, it was a great honor to slay these creatures. Famous legends with this concept include those of Gilgamesh, Fafnir, and Beowulf.