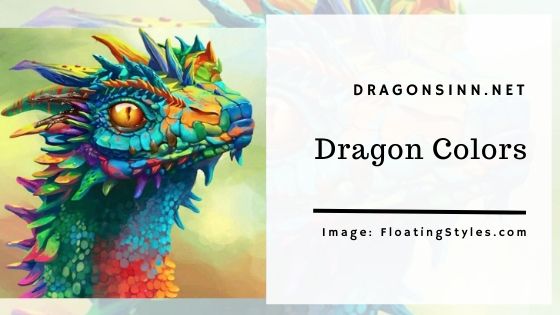 These are a selection of dragon colors from the RPG, Dungeons & Dragons. Transferred from the old site.

Sandy desert regions are the typical habitat of the highly intelligent brass dragons. They are quite forward and they love to talk. They are rather selfish. These dragons are large, up to 30 feet long. The breath weapon of these dragons is either a cone of sleeping gas, or a billowing cloud of gas that causes fear.

Dwell in subterranean lairs near substantial bodies of water such as lakes and oceans. Despite their love of wealth, they are basically of beneficient nature. They often assume the form of some animal to observe the affairs of humans. Bronze dragons are larger than the Brass dragons. They reach up to 42 feet. There are two breath weapons the dragons employ. They either use a bolt of lightning or a gas of repulsion.

They prefer to inhabit arid rocky regions, preferring warmer climate for their lair. These highly intelligent dragons tend to be a bit selfish. The average length of a copper dragon is 36 feet long and they may use two different breath weapons. The first is a cone of acid. The second is a cloud of gas that causes lethargy.

Able to dwell in any climate but their lairs are always of solid stone – be it a cave or a castle. They love precious metals and gems and use jewels and pearls as nourishment. All gold dragons are lawful, just and good. They are able to assume the form of animals or the guise of humanity, for they can polymorph themselves without harm. It is in this form that they are typically encountered. They are 54 feet long and their intelligence level would be considered as genius. The breath weapon of the gold dragons is either a cone of fire, or a cone of chlorine gas.

These dragons select mountain peaks, clouds and similar locales in which to establish their abode. This dragon can be found in the winds too. Like gold dragons, Silvers are able to polymorph themselves in order to appear as an animal or human. They are 48 feet in length and are considered to have exceptional intelligence. Their breath weapon is either a cone of frost, or a cloud of paralyzing gas.

The black dragon is typically found in marshes and swamps, although they may be found in subterranean lairs, for they always seek to lair in deep dark caves. The dragon is 30 feet long and has average intelligence. The breath weapon of the dragon is the spitting of acid.

The race of green dragons prefer to locate their underground lairs in or near woods or forests of the bleaker, wilder sorts if possible. They are nasty tempered and wicked to the bone. They have average intelligence and are 36 feet long. The breath weapon of the green dragon is a cloud of poisonous chlorine gas.

The red dragon is usually found dwelling in great hills or mountainous regions. They make their caves in subterranean caves and similar places. They are very greedy and avaricious. They are 48 feet in length and possess exceptional intelligence. The breath weapon of the red dragon is, naturally, fire.

White dragons favor chilly or cold regions to dwell. They lair in icy caves or deep subterranean places. Although not as intelligent as other dragons, they are as greedy as any. They have low to average intelligence and are only 24 feet in length. The breath weapon of the white dragon is frost.

The Sapphire dragons control the subterranean domains. While most of the territory above the realms belongs to the Emerald dragons, they keep a small portion of the surface area as their own as well as the extensive caverns beneath the tropical jungles. Sapphire dragons protect their territory from outsiders, going as far as to distrust everyone who even comes close to their borders. Giant spiders make up most of the Sapphire dragons’ diet. While warlike in nature, they are not quick to attack. They like to observe the intruder so they can formulate the best tactics. The breath weapon for the Sapphire dragon is a shock of high pitched, almost inaudible sound.

These dragons inhabit the temperate coastal regions, building their lairs below the water line, constructing them to remain very dry. They do not like the water, but will swim to hunt, attack or to reach their lairs, but not for enjoyment. They love to eat fish and other seafood. Their favorite is the giant squid. While not malicious, these dragons are not the best of company nor to deal with. They display erratic behavior which is confusing and unsettling. Unless it specifically interests or affects them, Topaz dragons tend to be indifferent to the causes and concerns that occupy the rest of the dragonkind. It takes time to develop a friendship with these dragons…but once formed, it’s a lifetime friendship. The breath weapon of the Topaz dragon is dehydration.

These friendly dragons of the north spend much time learning about the world around them. While solitary in nature, they welcome visitors who come by to them with good intentions. These dragons establish their domains in the cold northern reaches, building their castles out of snow and ice. The White Dragons consider the Crystal Dragons as prey, so the two clans are constantly in conflict. Like other benevolent dragons, the Crystal dragons would rather talk than fight. Metal ores and gems are the preferred food of these dragons. The breath weapon of the Crystal dragon is a cone of glowing shards.

The most powerful of the neutral dragons. They are honorable and regal dragons. They inhabit northern mountains, living on the shores of isolated lakes and pools. They approach life with a detached air, ignoring the conflicts of good and evil. They see these conflicts as petty squabbles over inconsequential points of view. While Amethyst dragons consider their Silver and Copper cousins to be foolish and have an active dislike of red and white dragons, they don’t consider any life form to be their inherent enemies. Amethyst dragons eat large quantities of fish and gems. Most keep at least one hidden underwater cave for seclusion and secrecy. The breath weapon of the Amethyst dragon is a faceted, violet lozenge, spat at 75 feet. It explodes with concussion force, damaging creatures near the explosion.