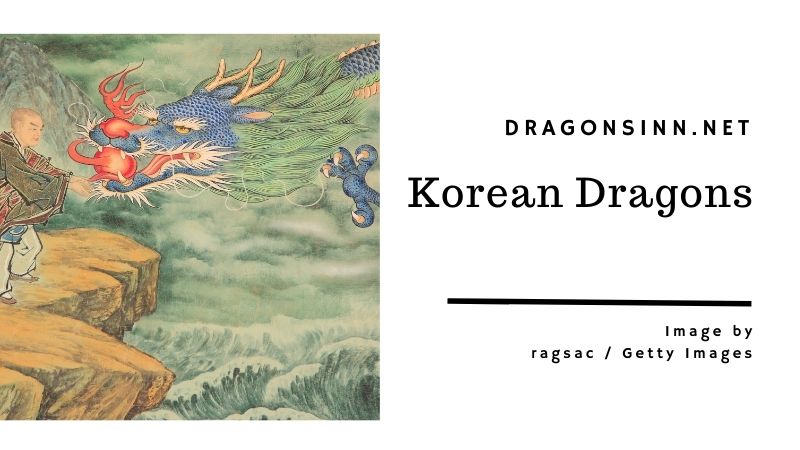 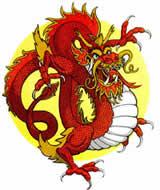 The Korean Dragon is called a yong, and there are three main types:

The Korean dragon’s features are slightly different from the Oriental dragons. They have the eyes of a rabbit, the belly of a frog and 81 scales lining their backs. And four claws typically.

The Koreans believed the Eastern dragons originated from Korea. There is a legend of a yong travelling to the West or South and growing an extra claw — thus, Chinese dragons have five claws. As it travels to the East or North it loses a claw, thus dragons from Japan would have three claws.

This explains why it [and all Eastern dragons] never made it to Europe or the Americas for by the time it travelled that far, all its toes had been lost and it could no longer walk.

There is a legend of a poor fisherman who once caught a gigantic carp. However it begged him for mercy so out of his compassion, he set it free. Later the carp turned out to be the son of the Dragon-King, and the fisherman was richly rewarded.

History of Dragons in Royalty

In Korea, the Joseon Dynasty lasted about 500 years.

The rulers of this dynasty wore dragon robes to symbolize their power. The color and emblems had different meanings. For example, the king wore a scarlet robe depicting a dragon with 5 claws (representing the emperor), while the crown prince wore an emblem with a four-clawed dragon. The first son of the crown prince wore a three-clawed dragon emblem.

Dragons were often seen as decorations on Korean ceramics. Korean dragons on ceramics tend to be depicted in a playful manner.

The jar above features a whimsical brushstroke style which adds a light touch to the dragon’s power. Dragon jars were originally used for ceremonies and as royal household items.

This is a famed dragon jar at the Korean ceramics collection at the Honolulu Museum of Art.

During the Joseon Dynasty, white porcelain jars with dragon motifs could “only be found at royal events or at royal banquets to display the dignity of the royal court.” This royal jar from that time period has a lavish surface with the paintings done in a dark cobalt blue pigment.

Dragons at Buildings and Temples

There are many gorgeous photographs of Korean dragons in temples and buildings — here are two for now.

According to Wikipedia, the Korean barrel drum is “a shallow, barrel-shaped drum used in several types of Korean music.” It has traditionally been used for jeongak (Korean court music) and folk music.

Video on History of Korean Dragons

This is a 5-minute high quality introduction to Korean dragons.

Check out the master calligrapher, Jung-Dae-bong, towards the end of the video (who has 60 years’ experience with painting dragons!).